The first big Cycle Week has held its own: Despite the uncertain Covid situation, despite supply bottlenecks in the bicycle industry and despite the compromise to hold the event during the summer holidays - the Cycle Week in Zurich was a success! Even if the many rain showers repeatedly drove away the visitors - there was hardly any atmosphere at all - there were quickly new walk-in customers, thanks to the central location at the main station. In the Europaallee, the Velofestival benefited from a frequency of around 50'000 passers-by, allowing it to introduce bike culture to a wide audience. "Because of Covid-19, we developed a completely new expo concept. The seed sown has germinated, the prelude to a new era has been accomplished. In the future, we are looking forward to further developing
Cycle Week hopefully under normalized circumstances with many activations," OC President Erwin Flury holds out the prospect. Together with his partners Thomas Eberle and Donald Nader, he has taken on the Herculean task of creating an event with the best possible planning security under tricky circumstances. Thus, they decided on a solution in which the visitors are distributed outdoors in terms of location and time - on the one hand, by playing several venues and, on the other hand, by offering an attractive range of activities on a small scale. The effort to make the best out of the situation was highly appreciated and supported by exhibitors, partners and contributors.

Europaallee and Brunau complement each other perfectly
While in Europaallee, with its urban backdrop, the focus was on safety and the presentation of innovations, the Bike Village in Brunau was seen as an invitation to directly experience cycling in a sporty atmosphere in nature. The plan worked: Around 1000 visitors* participated in the 100 free and fully booked workshops and rides. The places in the service workshops at the Zurich Versicherung stand were snapped up the fastest. The celebrity experiences also generated a rush: The FocusWater Flow Ride with ski star Ramon Zenhäusern and the Gravelbike Tour with Marcel Kittel, former professional road cyclist and 14-time Tour de France stage winner. Those who did not have their own bike could rent a test bike in the Bike Village - which, according to the exhibitors, was also very popular. "In the Europaallee, the exhibitors were positively surprised by the high-quality presentation of the Expo, which, thanks to the glass cubes, blended in with the modern architecture of the Europaallee. Exclusive bikes are thus given a presentation that reflects their high value. Here they praised the fact that they could present themselves to a broad audience, and in the Brunau Test Village they reached an active and targeted clientele," says Expo Director Nathalie Schneitter, pleased with the initial positive feedback from exhibitors. Action in the ZüriDirt Contest and Urban Cyclocros "I hope I win this year. But to be honest, bigger jumps suit me better", says professional biker Lucas Huppert from Zurich before the ZüriDirt Contest, which is part of the FMB World Tour with silver status. But unfortunately it was not meant to be again. For the third time he is put in second place in his home contest - this year by just one point. The victory went to the Austrian Bernd Winkler. However, this does not change anything about Huppert's position in the FMB ranking, because as number 8 he was the best athlete in the starting field anyway.
While the water was pouring from the sky, the athletes* in the Urban Cyclocross raced undeterred through the water ditch of the Josefwiese. This was best achieved on Saturday by the Swiss cyclo-cross champion Kevin Kuhn and Nicole Göldi, who took the victory
for themselves.

Cycle Week Channel
As the connecting link of the decentralized Cycle Week offers, the Cycle Week Channel surprised the online audience daily with informative and entertaining broadcasts about cycling. Viewers got to know personalities such as city councillor Richard Wolff, Marcel Kittel, Ramon Zenhäusern and many more. In addition, viewers were able to experience the Urban Cyclocross and ZüriDirt contests on screen and get to know new cycling products. In the Zurich Bike Challenge, Nino Niederreiter won the duel against Ariella Käslin thanks to viewer voting. For the first time, Emma Pooley and Nicola Edelma can call themselves Cycle Hero. The high-quality broadcasts can still be watched on
www.cycleweek.ch.

Imagine
Under difficult conditions, the new Cycle Week event got off to a good start - the foundation has been laid. In the future, the Velofestival should take place at the start of the season of the bicycle industry in the spring. So imagine this Velofestival in beautiful spring weather, outside the holiday season and Week 2022 is on the horizon. 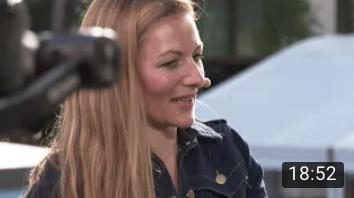 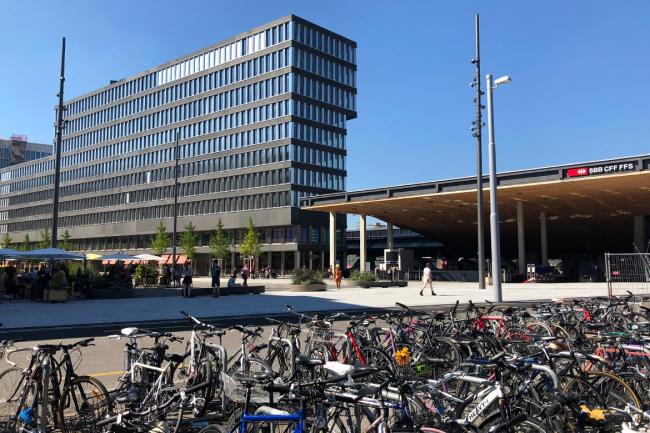 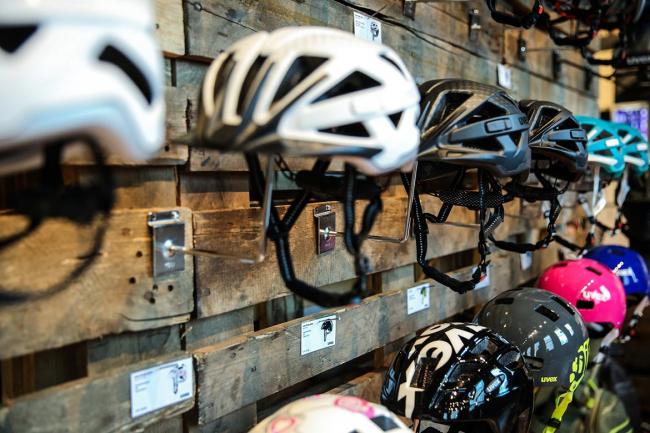